Is anyone familiar with the KR150? It's a Kawasaki 2 Stroke road racing bike that was produced in Thailand through the 90's and 00s. It's very popular in Southeast Asia, but hardly known elsewhere. 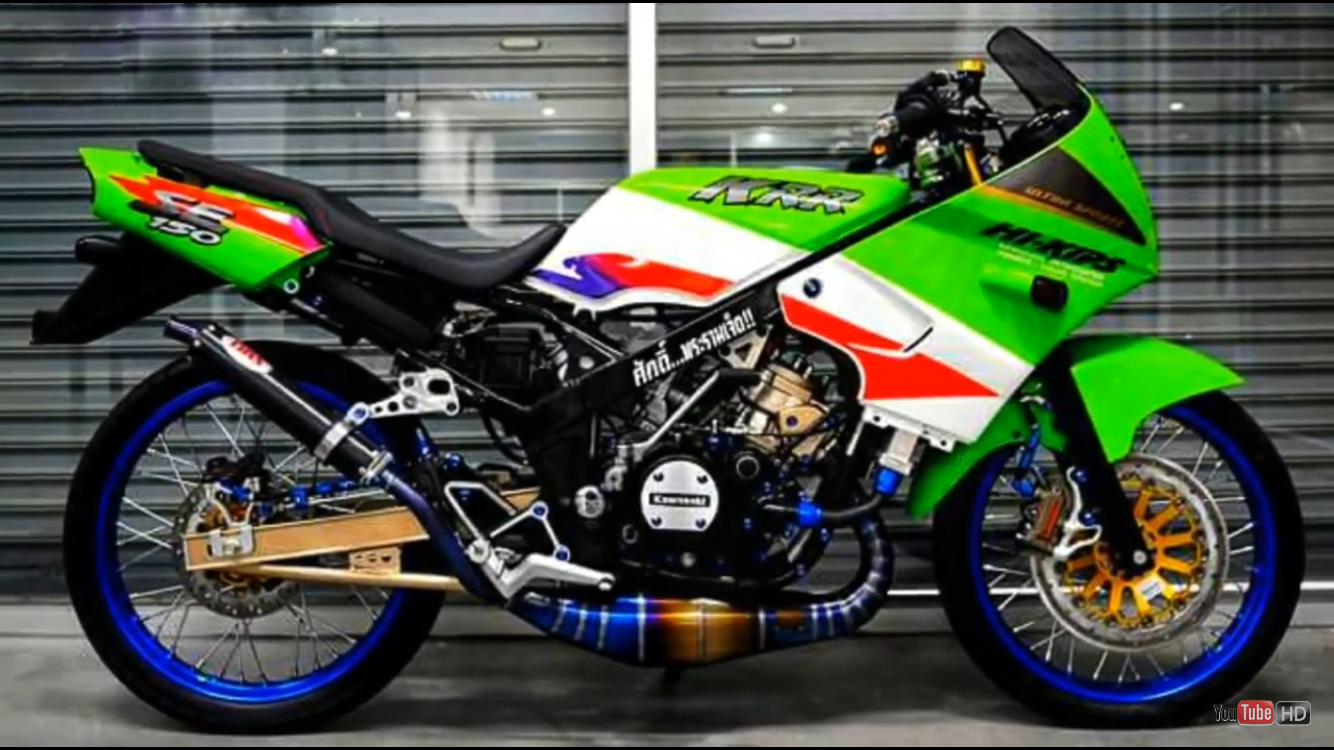 Apparently the engine is based on the KX125, although I can't be sure as info in English is hard to come by for this bike. However the bike itself is extremely common throughout Thailand, where I live. Stock they supposedly produce 30hp.

It's quite common here for people to put 2T road bike engines into MX/Enduro frames. The KR150 is favored for this as the KIPS isn't electronic and the motor is know for it's reliability.

Rolling chassis of aluminium framed MX bikes can be had here for around $1,500.

A KR150 engine would be around $100, but would require work. If than bore and stroke was 68mm x 54.4 can anyone guess how similar powerwise this engine could be to a KDX or how good it would be in an MX frame? The gear box may be a problem, I'm not sure how much sprockets could help?

I'm considering putting looking for a KXF chassis and adding this engine. I wouldn't do the work myself, I don't have time and can find ppl experienced with this. Parts and work are cheap, but accurate info can be difficult to come by. I used to have a KDX220 and loved it, but parts and work were difficult here, which would be an advantage of using the KR engine.

Any ideas on the viability of this idea?
Top

Everything is viable with enough time and money. As a road race engine, likely it won't feel much like a KDX, but it would be fun!

Damn, I would love one of those! I gotta sweet spot for 2T street bikes. Why do all the other countries get the cool bikes?

They can really extract some power from these little engines.


The racing block for this bike gives it a bore and stroke of 68mm x 54.4mm, the KDX200 is 66.0 x 58.0. Does anyone have an idea if the power would be similar or could be made to be similar? I know nothing about engines and porting. It's very difficult to get accurate info here.
Top

That little KR engine sounds like it's ready to go to the Gran Prix. I think it's safe to safe the two engines are completely different in their power band.
If you lend someone $20, and never see that person again, it was probably worth it.
Top

What part of the engine would affect the power band? Is it the porting? 55hp at the back wheel is pretty amazing for a 150cc
Top

Port timing gives the 2 stroke it's personality.
If you lend someone $20, and never see that person again, it was probably worth it.
Top

Man I would like to have that to cruise around town. Wonder what it would cost to have shipped here?
Top
Post Reply
8 posts • Page 1 of 1

Return to “Other Bikes”